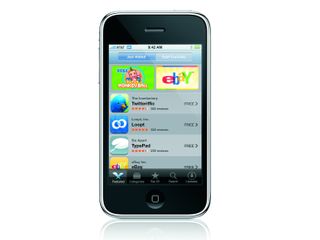 Apple will be beaming after it finds out it has beaten the RIM boys once more: apparently the iPhone has half the failure rate of the Blackberry collection.

Now, it would be unfair not to point out that while Apple has only got 1.5 versions of the iPhone out, RIM has unleashed slews of handsets onto the market, so if Apple makes one decent handset it already has a huge advantage.

But out of the 15,000 handsets looked at by the SquareTrade study, carried out by a mobile-warranty firm, it was found that only 5.6 per cent of iPhones failed in the first year of use, compared to 11.9 per cent of BlackBerries.

Even with the inevitable two year projection necessary for the nascent iPhone, it still was believed to have a nine to 11 per cent chance of failing, so still inside the RIM boys.

Battery failure, another bugbear for consumers, was also much better than the BlackBerry and Palm handsets, coming in at 0.5 per cent failure compared to one per cent.

However, the problems mostly came from the touchscreen, accounting for a third of failures in the iPhone. Another problem was the shape of the device too... people with smaller hands just keep dropping it!

"One year in, the data suggests that Apple's first foray into the cell phone handset market has not been plagued by hardware problems, as some early reports suggested," concluded the study.

"Aside from exhibiting a relatively high rate of touchscreen failures, iPhones have not had significantly high malfunction rates in any of the areas we identified."