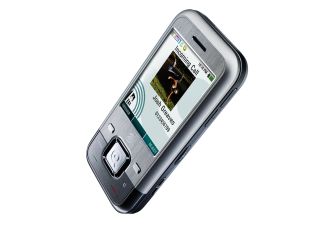 Mobile network operator 3 has unveiled the new INQ1 handset, known unofficially on the internet as the 'Facebook phone' thanks to the fact you can integrate your friends' Facebook details and statuses into the handset's contact list.

3 claims it is the "world's most advanced social networking phone", and it certainly is trying to steal the market by adding the likes of Skype, with its VOIP telephony and chat services, into the contact list as well.

The slider phone was developed by INQ and made by Asian manufacturer Amoi, and is designed as the antithesis to today's sky-high priced handsets such as the iPhone and Storm, according to INQ CEO Frank Meehan.

The idea was to create an experience similar to that which frequent social networkers experience on their PC, so Facebook, Windows Messenger and Skype are 'always on' in the background.

This means the user can interact with the handset while offline, for instance on the underground, browsing friends' profiles, pokes and messages, and updating once back on the surface.

It can also be used as a 3.5G HSDPA modem as all the drivers and software are contained within the handset, so a connection to your laptop is all that's needed.

As for the rest of the specs, there's a 3.2MP camera that can be used to upload photos to Facebook, and an accelerometer, although no GPS as yet.

Although no official launch date has been announced, TechRadar was told that 3 is pushing hard to have the handset out before Christmas. It will cost £79.99 on PAYG, with each £10 top up giving you £5 call and text time and unlimited internet, Facebook and so on.

It will also be available for free on contract, with a £15 per month deal giving you unlimited text, internet and Facebook access, along with 75 cross network minutes.

3 has certainly had a crack at doing something different by developing this phone along with INQ, and it will be interesting to see how it fares in a market dominated by the likes of Apple, Nokia and RIM.