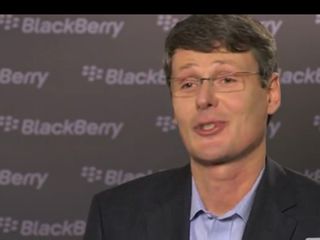 Thorsten says: "When I was young, we simply loved strudel. Now, I don't really care for it"

You remember that story by that Scandinavian dude? The one where the world is made of crepes and silver monkeys would ride unicorns across the globe in an allegory about something or other?

No, neither do we. It's possibly made up, the flashbacks from a weekend in Thailand, or a dream. Either way, there are more important things to be talking about, like the fact Google is looking to bust Android out of its mobile phone prison (oh, and tablets. And home entertainment systems. And fridges. And… oh, FINE. It's not confined at all).

But we are excited about anything that a) is from the future and b) can make us more like a Terminator, and a project Google's working on with Oakley to put a heads up display in one lens of its sunglasses.

The word is these little wonders would essentially have a single core processor and around 8GB of storage, plus allow you to take pictures with a front facing camera which, let's be honest, would make you the coolest spy kid in TechSchool and would in no way get you punched in the face and have your ultra-expensive specs stolen.

Or you can wear them snowboarding or something. Whatever, we're not your Mum. Do what you want.

More worrying is the notion you can navigate through the menu by wobbling your head – a particularly vibrant session with Girls Aloud's Sexy No! No! No! could have us accidentally wandering onto a lewd website or two. Well, that's our story and we're sticking to it.

Let's face it – anything that stops us looking like this will be a boon.

I just called to say hello…

You've got to give it to Nokia – the company has realised that its user base is dwindling so rapidly that nobody will be using a Finnish phone to call at all in the future, and has come up with a clever solution.

Screw talking or texting – soon you'll be able to share a greeting by tapping phones together and walking on quietly… conjuring up some frankly terrifying images of a bald, fat man coming up to us, tapping our phone then walking away, only for us to read 'I live in your phone now, and we are married. Oh, and buy milk.'.

There's a strong chance this is all a made up prank, given that Nokia is saying it's fed up with noise pollution and it will speed up its engineer's days by 175% or some other odd stat – but then again, this is the same Nokia that thought this was a good idea. We don't know how to react any more.

Ever wanted to spend a minute or so being whisked around the sights and sites of London while being simultaneously blasted with info on forthcoming operating systems and gadgets?

OK, but have you ever wanted to do it with some funky techno-jazz in the background and a frankly laughable attempt by a presenter to pretend he's in a house? WELL! Have we got (two) treats for you:

Comments on this oddity are welcomed on our twitter feeds: @TR_Phones and @TR_tablets