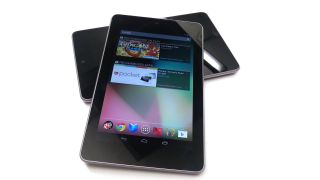 People are buying the Nexus 7 in their droves

Asus, the maker of the popular Google Nexus 7, has revealed sales figures for the 7-inch tablet, claiming it is now shipping almost 1 million units a month - almost double the number shipped during its first month after launch.

Google has stayed quiet on the number of Nexus 7 tablets it has sold, but the high specifications and low price point means the slate is proving popular among consumers.

Speaking to the Wall Street Journal, David Chang, Asus' chief financial officer said, "At the beginning, it was, for instance, 500K units a month, then maybe 600, 700K. This latest month, it was close to 1 million."

Chang expects this monthly figure to continue to rise, as the new versions of the tablet announced earlier this week are likely to give the brand an additional boost.

The 32GB and 3G enabled Google Nexus 7 tablets were announced by the search giant on Monday, as it looks to tackle the onslaught at the budget end of the market with the likes of the Amazon Kindle Fire HD and iPad mini battling for position.

While these figures may well be positive for both Asus and Google, they are still some way off Apple's, with analysts suggesting it will shift a staggering 14 million iPads in the third quarter of 2012.