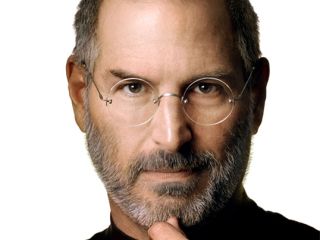 The likeness is... what's the opposite of uncanny?

Taiwanese firm Action Electronics has pushed the boundary of taste to its limits in an ad for its new Android tablet, the Action Pad.

Taiwanese comedian/impersonator Ah-Ken features in the advert dressed in Jobs' iconic black turtleneck sweater, blue jeans and white trainers, but also features a set of angel wings and a halo.

Ah-Ken is seen striding across a dark stage with a familiar looking chair and table set up to one side and at the end of the ad exclaims "Thank God I finally get to play other tablets".

It seems surprisingly bold to take such a well known and loved figure and produce a clearly controversial advert.

Not only does the advert poke fun at Jobs' passing with angel wings and halo on Ah-Ken, it also mocks Jobs' unwavering allegiance to Apple showing him promoting and enjoying an Android device.

This will surely ruffle some feathers especially in the Apple camp, so has Action Electronics gone a step too far or is does this ad still fall into the realms of acceptable satire?