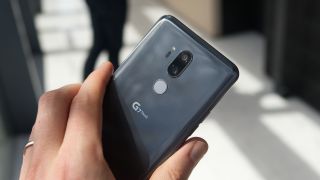 The LG G8 launch event is reportedly scheduled for February 24 at MWC 2019, four days after the Samsung Galaxy S10 launch event half way across the world.

LG's smartphone event is happening in Barcelona that Sunday, according to Korean media and first seen by the Android Soul. It may have one piece of information wrong. though: its stated 10am local time in Korea is 2am in Barcelona. Hmmm...

We're more likely to see the LG G8 at 2pm in Barcelona (which is 10pm in Korea – an easy one to mix up when reporting). This is roughly the same time slot that Samsung reserves for its Samsung Galaxy S phone launches at the same show.

Of course, the Samsung Galaxy S10 and Galaxy S10 Plus launch (and apparently another look at the foldable Samsung Galaxy X) will take place on February 20 in San Francisco. So LG is taking on the Sunday spotlight for its MWC eve launch event.

LG G8 and what else?

LG has a lot to prove at its LG G8 launch event, so the G8 may not be alone. We've seen rumors that it'll have a dual display add-on to rival foldable phones.

The company could also release a cheaper version of its the flagship LG G8 in order to compete with cheaper Android phones like the OnePlus 6T. Finally, we haven't seen an LG K phone in a year, so LG is due for a refresh of its mid-tier smartphone line.