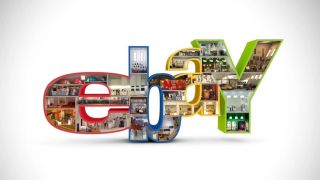 As of July 1 2018, Australians will have to pay an extra 10% on any goods purchased online for less than $1,000, both locally and overseas, as an extension of the country’s existing Goods and Services Tax (GST). This proposal has been in the pipeline for quite some time now and, with the latest development, it looks like we’ll be waiting longer.

The tax was originally slated to hit the online sector at large July 1 this year, but the Labor Party has since moved an amendment in the Senate that requires further investigation into the most effective method of collecting this tax, hence postponing its initiation for another year.

Pressure to enforce the tax initially came from local retail stores that felt the international online marketplace had an unfair advantage in being exempt from the tax, and has since been sustained by various lobbying members of this sector, particularly Gerry Harvey, a well-known proponent for local retail.

Online retailers such as eBay and Amazon have been quite vocal in arguing against the change, with the former even threatening to block online purchases entirely if the tax goes ahead in its current state. This is likely due to the manner in which the tax would be collected, as the onus in this case would be placed on eBay itself, who would be treated as the retailer in this instance.

Both Amazon and eBay had attacked the current state of the tax as being poorly designed and coming with unnecessary complexities, such as the fact that separate goods shipped in the same box would attract two different types of tax.

More generally, the companies don’t believe the tax would do what it was intended to do in helping the local and physical stores, posturing that buyers would simply shift to less legitimate sources for their online shopping needs.

We will have to wait and see what form the new GST will take and whether this will satisfy both local retailers and the online marketplace giants. The Productivity Commission that Labor has requested to investigate the tax will be holding public hearings up until October 31 this year, at which point it will report to the government on its findings.