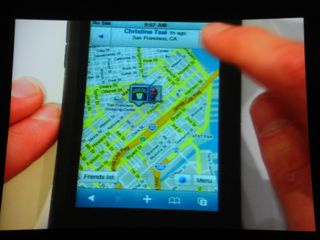 Browser apps are going to get the same capabilities as native Windows and Mac applications. That's what was promised by Google's VP of developer relations Vic Gundotra at the Google IO conference this week.

Chrome Product Manager Ian Fette went even further, claiming that "the browser is the OS for the web app."

Some of the new features Google is putting into its own browser (and supporting for inclusion in the proposed HTML 5 standard) could give web apps the same power as native applications – but they could bring some of the same complexity too.

HTML 5 is a hugely complex specification destined for a long and convoluted standardisation process, and Gundotra highlighted five of the most developed (and widely supported) features that will soon be in a browser on your desk – and in your phone.

He pointed out the HTML 5 support in the main open source browsers, and then slipped in a quick dig at Microsoft over standards. "Obviously Microsoft with its very large market share could do much to move the web forward, so you can imagine how excited we were to hear Microsoft's public statements of its commitment to the HTML 5 standard," he said – before adding that he would "eagerly await seeing evidence of that."

The least controversial HTML 5 feature is the new canvas tag, a 2D drawing layer that gives developers pixel level control of a browser window for drawing and animation.

Chrome's engineering director Matthew Papakipos showed off an internal Google tool with charts and reports analyzing the performance of web pages and then demonstrated O3D, a new open source 3D browser plug-in. He claimed this will give GPU-quality graphics but uses less than 10 per cent of the CPU.

This is something Google hopes will be added to the HTML 5 standard. "We need this built into the browser by default," he said. "We need a common set of APIs implemented by all the browser vendors. We're working closely with Apple, Mozilla and others; we've begun the process standardization for how 3D graphics will work on the web."

Papakipos predicted that 3D graphics would reach mobile browsers soon. "3D graphics is just starting to take hold for laptops doing web browsing; it's not quite ready for the phone but the gap there is becoming shorter every year."

HTML 5 puts video natively in the browser without any plugins and, and Gundotra showed off what he emphasized was a demo version of YouTube written using the new video tag. Looking much like its Flash ancestor, thumbnails animated smoothly, and simple CSS styles gave the video player a polished look and feel with very little code.

We're still a long way from leaving Flash behind though; Google Chrome is adding support for the video tag, but only with H.264, AAC, Ogg Theora and Ogg Vorbis codecs. Asked about further codec support, Papakipos suggested that Google would rather see developers limit the video codecs they use.

Last year Google talked about geolocation in the browser, but with a rather cavalier attitude to privacy. This year when Mozilla VP Jay Sullivan demonstrated using standard geolocation APIs to share a location with friends and colleagues without leaving Firefox, he emphasized the importance of consulting users. "We are trying to err on the side of the user gaining control; even though it might take another click here and there it's very important to err on that side."

He also pointed out that standards mean compromise; "A very good API for something that's in five browsers is better than a perfect API that's in no browser or one browser."

Current page: "The browser is the OS for the web app"