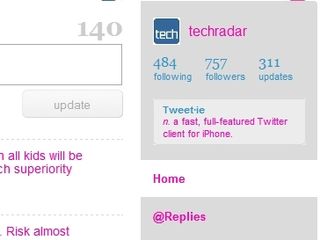 Twitter boss Biz Stone has revealed that paid-for accounts are all ready to launch and that we will see the service this year.

Speaking to the BBC, Stone announced that the commercial service, which has been mooted for a while, will be open to those who want to pay but it does not mean that businesses using the micro-blogging site will have to migrate over to the new premium accounts.

"One of the first things we're going to do explicitly is commercial accounts and that is providing a special layer of access, Twitter will always be free to everyone whether it is commercial or personal, but you'll be able to pay for an additional layer of access to learn more about your Twitter account to get some feedback to get some analytics to help you become a better twitter," explained Stone.

When it comes to the site making money, another option Stone is looking at is syndication of tweets.

"We can give away this real-time feed of data to other companies such as Google and Bing to give them a better experience for searching Twitter," he said.

Bing is already rolling out Twitter within its service so it will be interesting to see what will happen to this service when the Twitter business accounts start to appear.