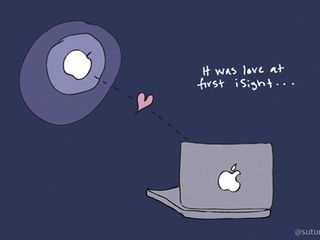 In July 2009, website building software firm Moonfruit celebrated its 10th birthday by giving away 10 MacBook Pros. To be in with a chance of winning, all you had to do was post a message on Twitter that included the hashtag #moonfruit.

Almost immediately, the word Moonfruit started climbing Twitter's Trending Topics, quickly reaching number one, and staying there for three days. The result was that Moonfruit trials rose 350 per cent and traffic to the Moonfruit website peaked at 12 times the normal daily average.

Moonfruit also had 2.5 per cent of all tweets on Twitter during the peak, and averaged around 1.0 per cent over the seven days with 2 per cent+ peaks every day. Not bad for an outlay of just £9,000.

"We wanted to do something to celebrate our 10th birthday and we thought we'd try to use Twitter," says Wendy Tan White (@wendytanwhite), marketing director at Moonfruit.

"We call our target market 'design aspirers'. They want their site to look nice – it doesn't mean that they're necessarily graphic designers or photographers, but they're interested in things looking good, and people in that group tend to like Apple products. Apple had just released the new MacBook Pro, so the timing came together."

It wasn't an easy decision, White reflects. "We did umm and aah about doing it for a while because sometimes these campaigns can fall very flat. In the worst cases they can be totally vilified, but some have done very well. Importantly, we tried to add a bit of humour and creativity to it rather than just being 'spam your friends'."

In Habitat's case, jumping on Trending Topics was a disaster. @HabitatUK added popular hashtags such as #MOUSAVI, an Iranian election keyword, to messages such as "join the database for free to win a £1,000 gift card".

Following widespread outcry on Twitter, Habitat deleted the messages, blamed an unnamed intern for the faux pas, and apologised. "This was absolutely not authorised by Habitat," said a statement from the firm.

This debacle is "evidence many brands still don't understand social mediums and the influence and impact that they can have," says Tim Gibbon (@timgibbon), director of Elemental Communications.

"Many brands aren't publishing using social media guidelines and obviously should be. Particularly with digital channels, it can amount to brand suicide, especially if social marketing is managed by staff who aren't equipped to do it properly."

Did Moonfruit set out to dominate Trending Topics? "We weren't actually trying to," says White. "Of course we wanted to do well, to create buzz, but we never actually thought 'Okay, let's dominate Twitter.' You can't actually guarantee that's going to happen. But obviously that helped fuel it."

Yet Twitter stepped in and the #moonfruit hashtag promptly vanished from Trending Topics. "They haven't really explained why, but I think we can make a judgement on that," says White.

"A lot of spambots follow Trending Topics, so people who followed us or Tweeted about us started to get followed by spambots, and that was creating a problem. Also, some people who weren't being creative were sending out a million [Moonfruit] hashtags to their friends."

But by this stage, the campaign had gained so much pace that Twitter's action had little impact, says White. But was it fair? "It's their game and it's their rules," White replies. "Most people on Twitter are promoting something in some way, whether it's themselves, their product or their company – so we're certainly not the only ones. They could argue they pulled it because it was commercial, but lots of things are commercial on Twitter. So kind of what they're saying is, you can do it as long as you don't get too big."

Perhaps Twitter needs to be more open about how it manages Trending Topics and what the rules are for those wishing to use it commercially? "I think it would be useful," agrees White. "The days of Twitter just being a pure fun platform are well gone."

Marshall Manson (@marshallmanson), director of digital strategy for Edelman UK, concurs. "There are a lot of people who have business voices, or are representing businesses, or are doing marketing on Twitter at the moment," he says.

"If Twitter would prefer that not to be the case, that's their choice, but they've suggested that they're happy for that to take place. If that's the case, and there are going to be ground rules about what sorts of activities they're going to allow, they need to help us understand exactly what those rules are."

So overall, was the campaign worth the time and cost? Absolutely, says White. "The prize cost in total was £9,000. In terms of return, the number of people building sites is up three-and-a-half times; the number of subscriptions is up 20 per cent; our SEO moved from around page four of Google for 'website builder' or 'free website builder' to number one.

"We had half a million visits during the campaign. Our traffic is still up over 50 per cent from what it was. And then there's brand awareness, the content creation – you couldn't pay people to do that for you. Even if you looked at pay per clicks to try to get the same visits, or an above the line campaign, you could pay up to a million pounds. So from an ROI perspective it's well beyond our expectations. But the thing I'm most pleased about was the engagement and the content creation."