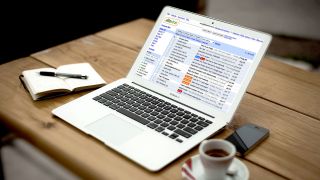 If it's free, you're probably paying with personal data

Every time we forget about Google's creepy side it goes and does something to remind us again.

This week's reminder comes from Google's lawyers: in their battle against California's Consumer Watchdog over privacy, they said that anyone sending emails to Gmail users should have "no legitimate expectation of privacy."

The publicity over this has been somewhat overblown, because Google has to scan the contents of emails: that's how it serves the ads, filters spam, enables you to search your archive and so on.

And the bit everybody's getting annoyed about refers to third parties, not Gmail customers: of course if you send email to a Gmail user then Google's going to process it. But the brouhaha is a timely reminder that our expectations of online privacy are probably dramatically different from the reality.

Here's one for irony fans: on the many websites reporting the "no expectation of privacy" story, I was being tracked.

The Ghostery and Disconnect Me plugins differed on the numbers - Ghostery said that one randomly selected page was connected to 14 potential privacy invaders, Disconnect Me said 17 - but they agreed that as I read the story I was being tracked by a variety of ad networks, social networks and analytics services.

There's nothing remotely unusual about that, of course. It's the price of free: if we're not willing to pay for stuff, then the providers of that stuff need to find another source of income or there will be no more stuff. More often than not that source of income is ads or aggregated user data.

There are ways around that with ad-blockers and cookie blocks and privacy plugins, but in many cases such tactics make free sites less useful. The comments won't load, or the embedded audio won't play, or the service refuses to load altogether.

We need to be realistic here. We know what Google is and how it makes its money: its products exist to sell and serve ads, and to do that it needs to know as much as possible about you.

As Eric Schmidt told The Atlantic a few years back, "With your permission... we know where you are. We know where you've been. We can more or less know what you're thinking about."

That's who you're trusting your webmail to: a firm whose chairman delights in "going right up to the creepy line", believes that "don't be evil" was "the stupidest rule ever" and says that "if you have something that you don't want anyone to know, maybe you shouldn't be doing it in the first place".

Expecting Google to protect your privacy is rather like expecting a hungry fox to come and babysit some chickens.