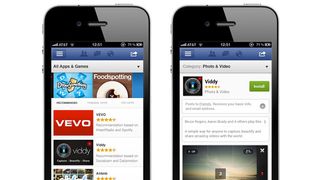 Facebook came clean about its plans for the future in an earnings call yesterday, talking up the potential for its mobile business and healthier-than-expected income for Q3 2012.

Having revealed that Facebook made over 14 per cent of its advertising income from mobile ads (equating to around $150 million/ £92m/ AU$144m), CEO Mark Zuckerberg told investors that mobile is a key part of the company's future.

"I think our opportunity on mobile is the most misunderstood aspect of Facebook today," CEO Mark Zuckerberg told investors.

"As proud as I am that a billion people use Facebook each month, I'm also really happy that over 600 million people now share and connect on Facebook every month using mobile devices."

He added that 126 million users accessed Facebook only through a mobile device in September and that the mobile trend can mean only dollar-signs for the social network.

"First, mobile will give us the opportunity to reach way more people than desktop," he explained.

"Second, people on mobile use Facebook more often. And, third, long term, I think we're going to monetise better per amount of time spent on mobile than desktop."

So what does this mean for the average Facebook user? Probably more adverts on the move; Zuck sees mobile ads becoming more "like TV" in that they're integrated into the app itself rather than simply displayed alongside.

You can already see the beginnings of this in the undismissable sponsored posts popping up in your mobile newsfeed.

Facebook's shares rose 19 per cent on the strength of the announcements, the site's highest ever rise since it went public back in May.

The financial filing also revealed the final amount that Facebook bought photo-sharing app Instagram for: a total of $715 million (around £443m/ AU$688m).

It's a lot lower than filter-happy photography app's reported price tag of $1 billion because a certain percentage of the payment was made in shares, which lost value as Facebook struggled on the stock market.

Still, what do you expect from a company that prides itself on being like a chair?