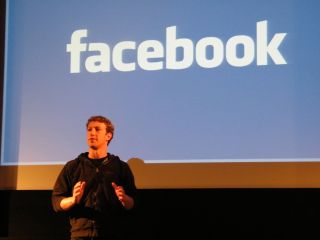 Facebook updated its data policy for developers over the weekend, allowing them to use more of your information to build more efficient third party apps for the site.

The new information that devs can potentially get their hands on, according to the Facebook developer blog, is your mobile phone number and address.

That is if you have put this information into Facebook and you have given them permission to access it.

With every Facebook data update comes the inevitable backlash and it was security outfit Sophos who was quick to point out the problems with this.

Graham Cluely from Sophos called it a 'recipe for disaster', saying: "This change isn't as drastic as it might first appear, because users will need to give permission for third-party Facebook applications to access this data.

"But it still sounds like a recipe for disaster, given the prevalence of rogue scam applications already on Facebook - all of which benefit from apparently being blessed by the Facebook name and brand."

The idea that 'rogue app developers' can use your information for malware and the like isn't a new one but it is a worrying one.

With this in mind TechRadar contacted Facebook, where a spokesperson promptly told us: "On Facebook you have absolute control over what information you share, who you share it with and when you want to remove it.

The spokesperson also noted: "You need to explicitly choose to share your data before any app or website can access it and no private information is shared without your permission. As an additional step for this new feature, you're not able to share your friends' address or mobile information."

It's clear Facebook isn't oblivious to the idea that rogue app developers use the site – you only have to check its security pages to see this is the case – but it is asking its users to execute caution when handing over information.

The question remains, though: does the everyday Facebook user, who lets apps use their details, understand quite how much information they are giving away on the site – and just how this information is being used?