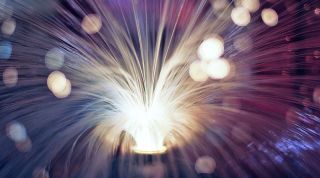 No fibre for you!

With Election Day fast approaching, the party elected to lead Australia will also decide the fate of the National Broadband Network (NBN).

The Coalition's policy paper in regards to the NBN would delay the upgrades in those areas as Turnbull told Fairfax Media that the current hybrid fibre coaxial networks (HFC) deliver "pretty good service".

The HFC network, installed by companies originally for pay TV services and more recently for broadband internet, are located mostly in Sydney, Melbourne, Brisbane, as well as some regional towns and parts of Adelaide, Gold Coast, Darwin and Perth.

Turnbull explained that the Coalition's immediate plan would be to roll out its fibre-to-the-node network across the fixed-line copper footprint.

In terms of the HFC network, however, he told Fairfax Media: "You can assume that we are going to build over the HFC – it is just not a matter of priority."

He later wrote on his blog that HFC does not cover "much, if not most" of the suburbs in Australia's major cities, and that the Coalition's priority is to alleviate Australia's "digital divide".

"Our commitment is to ensure that all Australians have access to very fast broadband, that poorly served areas are prioritised and that all will have access to speeds equal to or greater than 25Mbps by 2016."

Conversely, Labor's current fibre-to-the-premises NBN policy will give 93 per cent of Australia premises access to the NBN by 2021, which would theoretically push internet speeds up to 100Mbps to all premises.

However, NBN Co, the government owned company charged with rolling out the NBN, has been plagued by delays, asbestos scares and the resignation of its CEO.