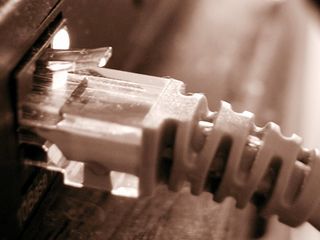 The latest development in broadband internet from Japan, where typical home connections top 100Mbps, might just make readers in other countries weep tears of jealousy.

NEC chose this week's Fiber Optics Expo in Tokyo to reveal the first piece of gear designed for the new draft IEEE802.3av protocol that allows for 10Gbps download speeds.

The so-called 10G-EPON system is based on the still-incomplete standard that's also intended to handle 1Gbps uploads. NEC says it will be ready for the market in one or two years.

While the numbers are impressive, even by Japanese standards, it's still not time to book a one-way ticket to the Far East – the technology will likely by used by telecoms companies to deliver that bandwidth to an area and then split between several houses.