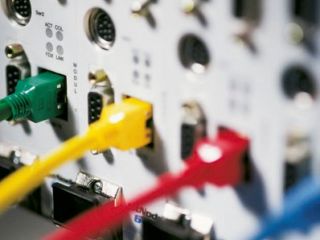 BT has this week committed to delivering super-fast broadband to 2.5 million UK homes by 2012.

BT originally promised that its Fibre-to-the-Premises (FTTP) would only reach up to a million homes by 2012 due to cost reasons, but has now extended the reach, adding a further 1.5 million homes to its original estimate.

Another 9 million homes will have access to the slower Fibre to the Cabinet (FTTC) tech by 2012, which still allows a 'top speed' of 40Mbps.

BT plans to use existing ducts and overhead cables to bring fibre to brownfield sites, allowing millions more to enjoy internet connection speeds of up to 100Mbps.

Steve Robertson, chief executive of BT spin-off Openreach, said: "Service providers have asked us for more FTTP and so we have listened to them. The UK already leads the world when it comes to broadband availability and today's announcement will help the UK climb the speed league tables as well."

BT competitors Virgin Media are already trialling speeds of up to 200Mbps in some UK regions.

Andrew Ferguson, Editor of ThinkBroadband, commenting on the recent Digital Britain report that recommended all UK citizens should have access to 2Mbps broadband come 2012, added:

"The broadband world changes so quickly that things happening at civil service pace just simply cannot keep up. Or put another way, how will those with a 2Mbps connection feel when 2 million homes have access to 100Mbps speeds?"