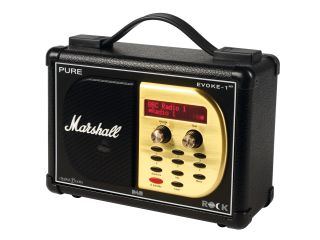 In what might prove a good shot in the arm for the digital radio industry in 2009, national digital operator Digital One responded this month by cutting the set-up costs.

"It is good to see Digital One responding to the recommendations of the government's Digital Radio Working Group," said Pure Digital's marketing director, Colin Crawford.

"And we applaud any initiative that promotes the setting up of new digital radio stations," he added.

A number of digital stations have closed down in recent months, including TheJazz, OneWord, Core and Capital Life, due to the high costs involved.

Glyn Jones, acting chief executive of Digital One, told the MediaGuardian this week that they were "looking hard" at lowering carriage costs to potential customers.

Jones added that they are "expecting that stakeholders involved in the working group, and other companies with the ambition to launch new national radio stations in 2009, will set up and engage with a view to adding compelling new choice for consumers".

Digital One currently charges over £1m a year to radio operators who want to broadcast a station on the national digital service, which currently hits over 90 per cent of the UK population.

MediaGuardian adds that: "A second national commercial DAB multiplex was due to be launched by the 4 Digital consortium, but that's now unlikely to happen after lead shareholder Channel 4 announced it was pulling the plug on its radio projects."