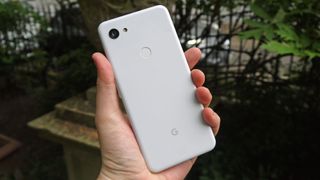 The Google Pixel 3 is often praised as one of the best camera phones that's been produced to date, but a new issue is leading many users to complain of violent camera shaking, flickering and autofocus problems in Google's community forums.

As noted by Android Police, Pixel 3 owners are reporting camera stuttering and shaky image capture, even when the phone itself is completely still, as demonstrated in this video from YouTube user Julius Gunnilstam:

As you can see, the Google Pixel 3's camera sensor appears to be shaking around uncontrollably, despite the fact that the phone itself is not moving at all. This has led many to believe that the root of the problem lies in the Pixel 3's camera stabilization.

At present, it's unknown whether the issue is related to the Pixel 3's hardware, or if the autofocus and optical image stabilization are going haywire due to a software problem.

If the problem is indeed caused by the latter, then Google might be able to resolve it via a software update. If not, those experiencing the issue may end up having to contact Google about a replacement.