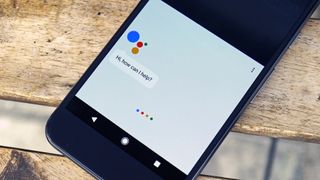 So far Google has been pretty coy on whether its Assistant app will ever roll out beyond the Pixel and the Pixel XL - though recent rumors suggest it's about to appear on the LG G6 as well as the Nexus 6P and Nexus 5X.

Based on the code in a new alpha release of the Google app for Android, it looks like Google Assistant could be coming to older phones as well. The app includes code for adding the AI-powered bot to any phone, as Android Police reports.

It seems like the alpha edition of the app was released by mistake, and this being an alpha release, users are reporting a ton of bugs and plenty of unexpected behavior: this is by no means an official roll-out, though it does look promising for those with older devices.

Some users have been able to get the Google Assistant welcome screen up with a long press on the home button, but it doesn't happen consistently across all handsets, and it's obvious that Google still has some polishing to do before this is ready for primetime.

Still, it makes sense for the Assistant to eventually get on as many devices as possible - now the excitement over the Pixel phones has died down a little, Google will want to get more people using its latest app, which looks set to eventually replace Google Now.

Testers have managed to get the Assistant working on a Nexus 6P as well as a Samsung device but there are plenty of phones where it isn't working yet. We might hear more from Google on the spread of Assistant during Mobile World Congress at the end of February, or at Google I/O later in the year.