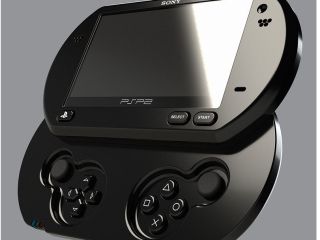 While Sony is still to officially confirm the announcement of the PSP2, it seems that some of its leading games publishing and development parties are happy to talk about the new handheld on record.

This time around, it's Square Enix that has revealed some of its plans for Sony's next handheld.

Speaking to VG247 in an interview about PSP title Lord of Arcana, Square Enix producer Takamasa Shiba said of the PSP2:

"There are a lot of things I'm excited for the PSP2, but I'm more interested in hardware specifics rather than a unique feature.

"Hardware is always coming out, so the software needs to be pushing the hardware as well. So, if they put something in that's very unique then it is hard to create games for it. As a creator, I'm looking forward to mainly hardware improvements."

Grainy spy-cam shots of what appeared to be a PSP2 developer kit surfaced on the internet late last year, although Sony has consistently refused to comment on the existence of the new handheld.

PSM3 magazine more recently mocked-up images of what they thought the PSP2 might look like, based on the blurry pics of the dev kit in question.

We hope to hear a lot more about Sony and other publishers plans for PSP2 at the forthcoming Games Developers Conference in San Francisco this coming March.