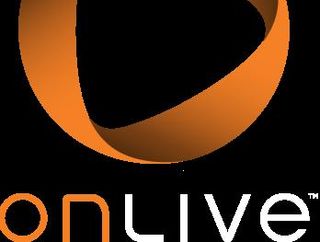 OnLive launches in the US this coming June

Cloud gaming service OnLive is set to launch in the US this coming June with up to 20 titles at launch, it was announced at GDC this week, with no word as yet on plans for a UK launch.

OnLive CEO Steve Perlman and COO Mike McGarvey detailed the plans for the launch and the developer/publisher opportunities presented by their streaming service.

Launch titles will include gems such as Mass Effect 2 and Dragon Age: Origins.

CVG reports that the service will be available in June for a subscription of US $15, with games to be offered on an à la carte basis.

McGarvey added that OnLive's catalogue of titles will grow from fewer than 20 games on launch to "50 to 60" by the end of the year.

OnLive will let users stream games to their PC, Mac or television (with the help of an add-on box), and has been in public beta since last September.

Only the PC and Mac versions of the service are launching on the 17th — the TV gaming box connects won't launch until later this year.

The fact that the $15/month will seemingly ONLY get you access to OnLive's service, but no games — which will have to be purchased separately - is already attracting criticism among gamers and developers alike at GDC.

The games OnLive offer will certainly need to be priced very competitively for the offering to appeal to gamers currently strongly attached to their PCs or consoles.

The promise of the cloud

Developers are being asked to aim for target specs of a X86 compatible multi-core processor, 2 GB of RAM, ATI or NVIDIA GPU. OnLive runs Windows Vista, supports DirectX 9 or 10 and OpenGL, and includes keyboard and mouse support. Developers are also being encouraged to support the XInput Gamepad to support players who are running through their television.

The company claims their target latency is under 80 ms round-trip, creating "a local experience."

Five data centers around the US and a partnership with AT&T is already in place.

Via Edge and CVG