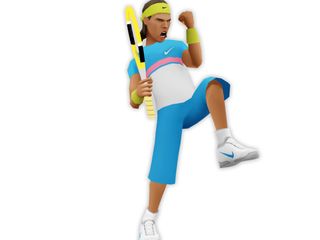 Microsoft has denied the latest round of rumours claiming that motion-sensing Project Natal tech will release in late 2010 at a the seemingly ultra-competitive £30 to £50 price point.

The rumours emerged last week and were published by UK games industry trade magazine MCV, suggesting that an insider leak made it clear that the current plans within Microsoft were to launch Natal in November 2010 with 14 launch games at a cost of £30 to £50.

MCV's unnamed source added that the new Natal information came from a "behind-closed-doors tour of UK publishers and studios."

Not according to Xbox UK boss Neil Thompson who has been quick to dismiss the accuracy of MCV's report claiming that it is nothing more than "rumours".

"I've got nothing more to say about it", Thompson told GI.biz. "We're still very much in the baking on Natal and there's a lot of things to get decided on it."

Microsoft Europe's Chris Lewis added that they plan to make the official announcements about Natal "in good time" which is likely to be either at next year's Games Developers Conference in March or at E3 in June.

"As you can imagine, we've shared this technology with our worldwide development partners now for some time, and the pace with which they're developing the kind of experiences is just amazing," Lewis added.

"I'm not going to be specific about what they might be, I will say however we're committed to ensure those experiences are unique, compelling and very exciting right from the outset. That has to happen and that will happen."