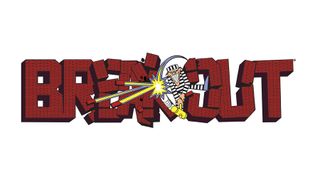 Try out Breakout: Boost for some free ballin' action

Breakout began life as a single-player version of Pong, and considering the simplistic approach of batting a ball around to clear bundles of bricks, it's no wonder that the formula has flourished on handheld platforms.

Atari itself has released several versions of the game, but that hasn't stopped other developers from unleashing scads of similar titles over the years - from Nintendo's Alleyway on the original Game Boy, to a bevy of freeware knock-offs for graphing calculators that kept students blissfully distracted from their work.

Naturally, the genre proved immensely popular on early mobile phones, and that trend hasn't faded on the iPhone and iPad, where both official Breakout entries and various interpretations of its template are available en masse.

Just one brick-breaking affair won't be enough to satisfy true genre fans, so we bashed through a slew of the best titles available to see which warrant the attention.

The most authentic and unadulterated versions of the game are found in Atari's Greatest Hits (Free, Universal), a throwback app that comprises touch-enabled arcade and Atari 2600 versions of 100 games. While the app download is free, accessing the games in question is not: £6.99 unlocks all 99 premium titles (only Missile Command is gratis with download), or you can pay 69p each to download the two packs that contain the three distinct versions of Breakout.

The original Breakout, adapted from the Atari 2600 version, is admittedly a mess - the ball bounces off the paddle awkwardly, and at times passes right through bricks without clearing them from the screen.

Luckily, the home version of Super Breakout fares better, with multiple variations on the theme - such as alternating two-player gameplay, plus a Cavity variation with extra balls trapped within the wall - available in the set.

The arcade version of Super Breakout, meanwhile, offers better-defined bricks and less obnoxious sound effects. All three include multiple touch-based control options, and like every game in the app they support both the iCade and Atari's own Arcade Duo Joystick.

If the faded pixels and straightforward design of the originals fail to amuse, Atari recently updated the concept with Breakout: Boost+ (69p, Universal), which packs in 100 levels with sleek-looking bricks and balls, not to mention a small array of power-ups.

What really sets Breakout: Boost+ apart from past iterations is the ability to control the speed of the ball using a slider on the left side of the screen. Increasing the pace amps up the challenge, but also boosts your score multiplier, adding a unique variable to consider while playing. A free version, Breakout: Boost (Free, Universal), is also available with 10 levels included, and both offer access to additional premium level packs.

Arkanoid has long been the top and most-copied competitor to vanilla Breakout, adding in powerups from which many titles (including Breakout: Boost+) have drawn inspiration. The iOS versions of Arkanoid (£2.99, iPhone; £2.99, iPad) offer perhaps the best overall genre experience on the App Store, though the lack of Retina-display support hurts, especially on iPhone.

Both feature powers such as multi-ball triggers and laser shots from the paddle, as well as boss battles that pit your bat and ball against large monsters. That Retina deficiency is easily overlooked in the face of the game's other qualities.

Among the more traditional iOS takes on the genre, Gameloft's Block Breaker 3 Free+ (Free, Universal) shines, with glossy production values and elaborate boards that often span multiple screens through winding pathways. It's a slick, meaty option that rivals Arkanoid for overall quality, though the unavoidable free-to-play system - in which you may eventually need to spend money to buy balls to keep playing - aggravates. Having the option to simply unlock the full experience from within might have made this our absolute favourite, but it's nowhere to be found.