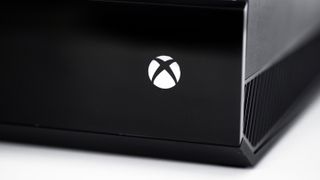 Microsoft has announced that the highly-anticipated June update for Xbox One has begun its global rollout.

Why should you be excited? Well, if you're in the UK you'll finally get your hands on OneGuide, which will let you control your set-top box through the console as you bark commands like "Xbox, go to BBC One" at Kinect

Alongside that, everyone will now be able to connect up to two external hard drives to the system. Great news if, like us, you were starting to worry about hitting that bursting point - plus it means you can take your Xbox content with you to a friend's house.

Microsoft told us that some people will be able to download it right now, but if you're not seeing the update, don't worry - it's on its way.

And with the new update, Microsoft is removing the Xbox Live Gold paywall requirement for a number of entertainment apps such as Netflix.

It's also preparing for Microsoft's dedicated World Cup hub, Destination Brazil. A Microsoft spokesperson told us that the Brazil content will be available soon after the update, just in time for kick off.

We took the UK version of OneGuide for a spin last week and you can go read our thoughts right here.