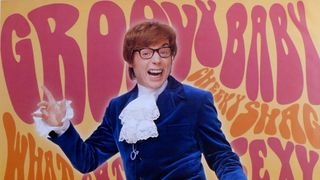 Project M.O.J.O. is "configured to harness the maximum gaming horsepower from an Android device," the Catz said in a press release.

The "micro console" is a smartphone-like Android device that has no screen of its own, but plugs into an external display like a TV instead.

And right from the get-go, it will be compatible with a whole range of Mad Catz control devices.

The GameSmart accessories are designed to be compatible with as many different systems as possible, and they'll all work seamlessly with M.O.J.O.

"We believe the GameSmart initiative fits perfectly with our long-term strategy of designing innovative products for passionate gamers and our strategy of expanding into emerging markets," Mad Catz said in its release.

The company will ramp up marketing efforts to increase sales of these entire line of products throughout the year.

E3 is definitely the right time to introduce something like Project M.O.J.O., though Mad Catz may have had better luck in previous years when most eyes weren't on the new Xbox One and PlayStation 4.

Not to mention the other new Android consoles, like Ouya and GameStick, that M.O.J.O. will be competing head-to-head.

There are a few things Mad Catz can do to make it stand out, though, starting with making sure "Project M.O.J.O." isn't the console's final name (ugh).

Once we start seeing what games will be compatible with the device - probably at E3 - we can start making a more informed judgment.