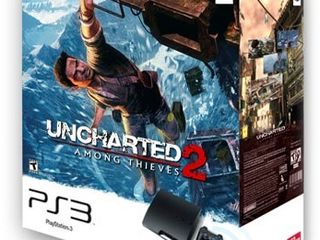 Uncharted 2 at number one - Nathan Drake would approve

CVG.com has revealed what the 50 best PS3 games ever are, with Naughty Dog's Uncharted 2: Among Thieves nabbing the top spot.

The gaming website, created by the same publishing company as TechRadar, consulted its readers on what they thought deserved a place in the '50 Best PS3 Games' feature and the results, though not surprising, do show a nice mix of first-person shooters, third-person actioners and sandbox delights.

After its success at this year's gaming Baftas – where it won four awards – Uncharted 2 sits in first place, with the biggest PS3 game of all time, Modern Warfare 2, nestled in third place.

While Batman: Arkham Asylum won the Best Game Bafta, it only reached seventh place. Ahead of it is God Of War III – the most recent game to be released on the list resides in fifth.

Speaking about the top 50, Tim Ingham, Editor of CVG, told TechRadar: "The PS3 has really come of age of late.

"The number of classic games released in the last 12 months on the system is astonishing.

"From Uncharted 2 to Heavy Rain, God Of War 3 to Final Fantasy XIII, we simply wouldn't have been able to make a list like this a year ago. It's been a golden age in PlayStation's history."

Proving that you don't need to spend huge amounts of money to play games, there's a few PSN-only titles in the list, including PixelJunk Shooter (43), Braid (48) and Flower (in at 50).

There's already plenty of debate in the comments about what should and shouldn't be on the list, so head over and have your say.