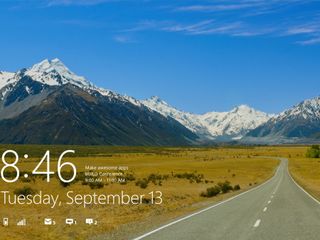 The PC is dead, long live the PC

What is a PC? Sounds like a simple question. And it used to have a simple answer. It's a computer with an x86-compatible processor and a copy of Microsoft Windows.

The only exceptions involved dubious standards of personal hygiene or a diagnosis on the autism spectrum. In either scenario, allowances for running Linux were made.

Today, things aren't so clear. Portable computers of all kinds are increasingly powered by ARM chips. In fact, some of the big research houses that crunch the data and work out the trends have been bundling tablets in with conventional laptop and desktop computers under the all-encompassing 'personal computer' label for a while.

More recently, Microsoft revealed that its upcoming ARM-compatible operating system, which appears to be more or less a port of Windows 8, will deliver the full Windows desktop even if there will be limitations regards the apps you can run.

Not that I necessarily think that Windows for ARM will be a terribly big deal. But it does feed into the broader picture where internet access and computing in general is becoming ever more mobile and ever less tethered to x86processors.

Already, more people around the world access the internet from a mobile device rather than conventional computers.

Cisco even reckons there will be many more mobile internet devices than people by 2016. And they'll very probably all be ARM powered.

At the same time, while Intel and AMD attempt to squeeze x86 chips into ever smaller form factors, ARM chips are heading in the other direction and becoming ever more sophisticated powerful. Nvidia, for instance, says it plans to offer multi-core ARM processors suitable for heavy duty server computers, probably in 2014.

As it happens, it increasingly looks like AMD might give in to the ARM architecture and use it for its own chips.

Whether that actually happens or not, ARM architectures are certainly due to take on capabilities previously reserved for high performance systems, such as 64-bit instruction sets and out-of-order execution.

It won't be long before a high end smartphone has all the computing power most consumers really need. And that raises the possibility of using a single device both on the move and docked on the desktop. Meanwhile, cloud and browser-based apps and services are increasingly making the argument you need that x86 ecosystem and broad compatibility seem pretty redundant.

Now, I don't want to get carried away. There's plenty to shake out and I for one think ye olde mouse and keyboard interface has plenty of legs left when it comes to getting stuff done. So, I'm not saying tablets are about to take over or anything along those lines.

But I can also feel the winds of change. Thus, my plan is to get hold of one of the latest transformable Android tablets and see if it can truly replace my precious laptop PC.

I'll still have my desktop and my smartphone, of course. So in terms of overall device count, nothing will have changed. But I reckon it will still provide an intriguing insight into what being a PC is all about.