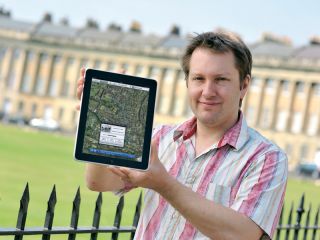 After one month of living with an iPad, Graham Barlow reckons the iPad heralds a new era in home computing

When Steve Jobs introduced the iPhone, people instinctively understood it, despite having never seen one before – it was a phone, an iPod and an email/web browsing device all rolled into one, and it fit snugly in your pocket. Simple.

With the iPad (iPad review, iPad 3G review), the reaction was different – instead of almost universal acceptance, many people were totally confused. It looked like a large iPhone, but what exactly was this device for? Some people didn't care about the whys, they just wanted a large iPhone.

But the question that kept coming up was, "Why would I want to buy this?" Well, I felt the same way, so it's been interesting to look back at how my opinion evolved as I set about using the iPad for a whole month.

With the UK launch of the iPad unbearably delayed by greedy Americans buying too many of them, I had no choice but to add to the problem and get my hands on one. Our colleagues in the US arm of Future Publishing took pity on us and bought MacFormat magazine a Wi-Fi version then shipped it over (we still owe you a beer, MacLife guys!).

So, just a few days after the iPad went on sale in the US, one arrived in the office. As you can imagine, just about everybody in the building wanted to try it out, and soon the crowds swarming around the MacFormat's desks became so unmanageable we had to turn people away and stage an official 'show and tell' about the iPad in Future's biggest meeting room instead.

You'll find that holding an iPad for the first time is a curious experience. It's heavier than you expect and after a while your arm will start to ache and you'll want to sit down and cuddle up with it, rather than stand for an extended period.

As with the iPod touch and iPhone, the first thing you have to do with an iPad is to sync with your computer, copying across all the apps and media from your iTunes library. After the joy of unboxing the iPad this felt like a frustrating barrier to using it, but once the initial sync was done I was good to go.

Since the iPad runs the same OS as the iPhone I instinctively knew how to use it, but there are a few subtle differences that caught me out. For example, I found myself reaching for a nonexistent mute button a few times before I got used to it not being there (to mute the iPad you press and hold the down volume button).

It's also missing some of the iPhone's staple apps, such as Calculator and Messages. In fact, the home screen looks strangely empty, with only nine icons filling less than half of it, plus the four on the OS X-style dock at the bottom.

Despite this, I was instantly impressed by the vibrancy of the colours on the screen and the speed and fluency of using it. Everything is just so smooth: the way the screen flips between portrait and landscape mode when you rotate the device; the way the apps zoom when opened; the scrolling of pages in Safari, the virtual keyboard. It all just works so well.

Probably because Apple has had time to fine-tune things with the iPhone, the iPad doesn't feel like a first generation product at all. It feels more like it's already matured.

You have access to all your purchased iPhone apps on the iPad, but get ready to be disappointed. To make the small iPhone apps fill the iPad's larger screen you tap a button to activate Pixel-Doubling mode – the problem is, this made most iPhone apps look so bad that I simply didn't want to use them and sought out proper iPad versions instead.

Even at this early stage in its life, there was no shortage of iPad-specific apps on the App Store. Many are free, but you do need to be careful you don't go overboard buying new iPad apps – Apple just make it so easy and tempting to install new ones.

My old iPhone games fared slightly better at being pixel-doubled, but still looked terribly fuzzy compared to games properly designed for the iPad.

Current page: One month with the iPad: Day one