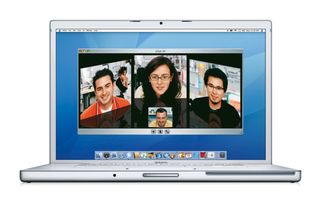 Apple hardware sales went through the roof, but markets were still disappointed

As expected, the end of 2007 proved to be a lucrative time indeed for Apple, which yesterday announced huge sales of its hardware and a quarterly profit increase of over 50 per cent. Nevertheless, the vagaries of the stock market saw the company's shares drop in late Tuesday trading.

The last three months of the year saw Apple sell 2.3 million Mac computers, 22.1 million iPods and 2.3 million iPhones. The iPhone numbers included those sold in Europe for the first time.

However, in spite of the jump, the stock market reacted badly after high expectations had led analysts to predict higher earnings per share than Apple actually announced.

Moreover, its forecast for the quarter currently underway sees lower-than-expected dividends that have led many to predict that the general economic slowdown will hit the California firm too, as sales of luxury consumer electronics slow.

As usual, CEO Steve Jobs had plenty of good vibes to spread about the future: "We're thrilled to report our best quarter ever, with the highest revenue and earnings in Apple's history. We have an incredibly strong new product pipeline for 2008, starting with MacBook Air, Mac Pro and iTunes Movie Rentals in the first two weeks."