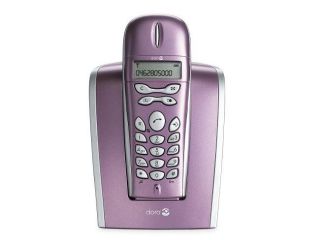 Yes Tommy, phones really did used to plug into the wall

Take mobile phones for example: while the Motorola DynaTAC 8000X was a really big deal in the 1980s, it was also the size of a house and looks as daft to us today as the Samsung Galaxy Note, er, looks daft to us today.

So what gadgets will we be blabbing on about on our way to the nursing home? Let's find out.

We don't need hindsight to tell us that 3D specs make us look silly: we know it already, especially when we're wearing the damn things on top of normal glasses. If 3D's here to stay - and it's not clear yet that it is - then it has to be glasses-free. Glasses-free 3D TVs are already incoming, although the technology's still in its very early stages.

Whether it's network connections or chargers, our children's future is cable-free: next-generation 802.11ac Wi-Fi will bring gigabit speeds to wireless networks this year, while wireless charging has been possible for years. All wireless power needs now is for a heavyweight manufacturer, possibly with a name that rhymes with "bapple", to embrace it.

The future of the PC is "personal computing", not "personal computer": new form factors such as tablets and hybrid devices are taking the PC in all kinds of interesting new directions, while smartphones, mobile broadband and cloud-based services mean computing is something our kids will do on whatever kit happens to be handy.

It's clear that Blu-Ray is the last hurrah for the optical disc: services such as Netflix and iTunes are the future of content distribution. The idea of ordering media on a disc and waiting for a smiling postman to deliver it several days later will soon seem as quaint as chasing a mammoth when you're feeling a bit peckish.

Physical keyboards are probably going the way of the 8-track cartridge: tablets are doing just fine without them, and the arrival of technologies such as Kinect, eye tracking and effective speech recognition means we'll spend more time gesturing and grunting at our kit than we do prodding clacky keyboards. The technology isn't quite there yet, but it's coming.

In an age of Dropbox, iCloud and SkyDrive, copying files to a thing you put in your pocket is just weird.

As far as the mass market is concerned, the age of the stand-alone, do-one-thing device is coming to a close: iPod sales are being cannibalised by iPhones, cameraphones are replacing cameras, and if your phone doesn't have sat-nav built in you can get it in app form. Phones won't replace everything - sticking SLR lenses on an iPhone is just silly - but for most of us, if a phone can replace a single-function device then sooner or later it will.

The Amazon Kindle is a lovely wee thing, but it's a transition device: it fills a niche because for now, traditional computer displays aren't as nice as paper. Apple and the rest of the electronics industry is working on that, and displays of the future will be as easy on the eye as ink on paper.

Even if the future of TV isn't gesture controlled, it probably won't have one remote control per device either: our smartphones can already control our home entertainment kit, albeit with a little bit of help, and there are already apps to control internet-enabled telly devices such as Sky boxes, Tivos and Apple TVs. All we need now is for manufacturers to agree on a single standard.

Remember when we used to call buildings instead of people? Crazy times, man. Crazy times.