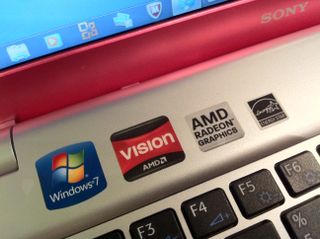 Can AMD bring lower prices to the ultraportable market?

It's roadmap time at AMD and the big news is the promise of mobile chips that should give those snazzy new Ultrabooks powered by Intel processors a run for their money.

A little further out, AMD also hinted that ARM processor cores, currently the architecture of choice for smartphones and tablets, might find their way into its chips.

But first, Ultrabooks. A little like Intel's Centrino effort of the naughties, the Ultrabook is a simple but deceptively clever idea that has gained traction with astonishing speed. And jolly nice they are too, with their slim proportions, strong performance and excellent battery life, largely courtesy of Intel's latest Core-i-whatever mobile processors.

There's just one problem. Pricing. Intel's original pitch for Ultrabooks involved slick, super-slim computing for $1,000 or less. Just the thing to give Apple's pulchritudinous but pricey MacBook Air a beasting.

The reality for punter's wallets has been significantly less salubrious, especially in the UK. Retail stickers well above £1,000 have been common and to date only a handful have hit the shelves for under that figure.

Part of the problem, ironically enough, is Intel's chip pricing. AMD hasn't exactly been snapping at its heels of late. Whenever Intel's only significant competitor for PC processors falls behind, the same thing happens. Intel's prices go up and its thirst to innovate dries up.

Enter, therefore, the long awaited AMD Trinity chip. It's AMD's second performance-orientated APU (Accelerated Processing Unit) after last year's Llano model. And it looks rather promising. On the CPU side, it gets an updated version of AMD's new Bulldozer architecture, known as Piledriver.

As regular TechRadar readers will know, the Bulldozer architecture didn't deliver on the desktop. However, updated to Piledriver specification and inserted into an APU that also contains one of AMD's absolutely excellent graphics cores, now that's a different box of CPUs altogether.

We won't know for sure until we get our filthy mitts on Trinity-powered laptop PCs. But AMD recently showed off an early Trinity system developed in partnership with Compal. It's just 18mm thick and will allegedly sell for under $900.

Moreover, AMD is making some pretty startling claims for Trinity. For starters, it's said to pack double the performance per watt of the existing Llano APU along with 50 per cent better graphics performance. And Llano already has the fastest integrated graphics core of any PC chip.

But the real killer is that AMD claims Trinity will deliver all this along with better battery life than equivalent Intel mobile CPUs. What we're promised then, is a chip that goes harder and lasts longer than Intel but will also bring prices down on Ultrabooks.

Of course, any system powered by an AMD chip can't actually be called an Ultrabook. That's an Intel-only gig.

But if I was AMD, I'd be thinking hard for a snappy name for mouth-breathing PC shop salesmen to bandy about. Would sir prefer an Intel Ultrabook or an AMD Supernote?

Whatever, the arrival of Trinity will almost definitely be a good thing for everyone, even Ultrabook buyers. If it's any good, it'll bring down prices across the board.

But what of that tantalising prospect of an ARM-powered AMD chip? Well, AMD has been dropping bigger and better hints in recent months about its willingness to consider use ARM cores in its processors. And people have been getting excited.

In truth, there's really not much reason to do so. There's no shortage of competition and innovation in the ARM processor game. The addition of AMD to the battlefield won't make much difference. At most it'll force everyone to up their game in graphics a little. No, it's x86 why AMD can make the most impact. Fingers crossed for Trinity, folks.