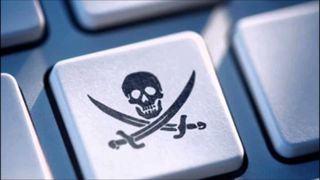 Back in 2016, a group of film studios and entertainment companies successfully begun a crusade against a number of pirating sites and mirrors by bringing them to the attention of the Australian Government.

As a result, the government ordered a vast swathe of sites – including Pirate Bay, Torrentz, IsoHunt and more – to be blocked by Australian ISPs or else face hefty penalties.

The allegiance of entertainment companies (which includes Foxtel, Village Roadshow, Paramount, Columbia, Disney, and 20th Century Fox) has been adding more domains to the hit list since the successful ruling, and is now set to include another 79 pirate sites.

The new addition comes in the form of two new applications being processed by Australia’s Federal Court, the first of which by the aforementioned film companies, and the other made by a number of music companies targeting four major stream-ripping sites.

These stream-ripping sites enable users to download files from popular streaming services such as YouTube, hence infringing copyright, and have been honed in on by Music Rights Australia, Australiasian Performing Rights Association (APRA), Universal, Sony, and Warner Music.

For an exhaustive list of all targeted piracy and stream-ripping sites, be sure to visit ComputerWorld.