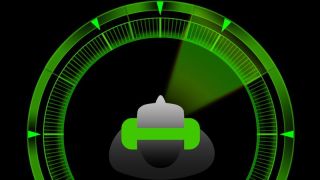 Lock in your own sound

When we met up with Razer CEO Min-Liang Tan at E3 2013 a few weeks ago, after we chatted about the company's hardware offerings and future plans, the company co-founder shared with us a new product that's only available starting today.

"One of the things that isn't really evident about Razer is that we're actually a software company," he said during our meeting. "We do all the software - we do everything from EC to BIOS to firmware to application layer."

Now, Razer is notching another bit of software in its belt: Razer Surround, an audio engine that delivers 7.1 virtual surround sound through any stereo headset.

Via a download and a 360-spin of audio tests, Surround calibrates audio based on individual users one-of-a-kind ear size and shape.

The patent-pending tech Razer created for Surround takes into account time delay, audio interference and amplitude to mix up positional sound that's tailored to each user.

In other words, algorithms based on average ear size and shape need not apply.

"We think it's really the best algorithm for surround sound," Tan told us. "There are other virtual surround stuff, but nothing that is calibrated and customized to your ears."

It's a 5-step process to set up Surround, with the 4th relying on directional sound hits (eyes closed) and some mouse wheel/arrow key adjustments to pinpoint where users think a sound is coming from. A final calibration process lets users fine tune their settings.

Personal settings are saved in the cloud so users can access their calibrations anytime and anywhere.

Surround is designed to work with any headset/phones, Razer-made or not, though users will need Windows (XP and up) to run it.

But how much does it cost?

While Tan said the software was initially intended to sell for $19.99 (about £12.98, AU$21.65), the company decided to do something a little different at the start.

From now until Dec. 31, Razer is offering Surround free of charge. All it's asking in return is that customers consider making a donation to Child's Play, a game industry charity that provides toys and games to more than 70 international hospitals.

Donations are optional, Tan said, and we were told by Razer that those are only set up until the end of the year.

Starting Jan. 1, 2014, those who download Surround will pay the full $19.99 price, with international pricing announced close to release. The tech is downloadable worldwide.