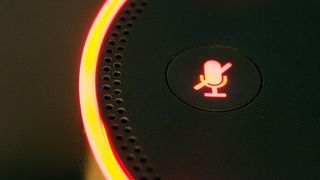 Amazon is known for taking risks and getting into categories well ahead of its competitors (just look at the Amazon Echo), and the mega etailer could be looking to do that once again with robots for your home.

The top-secret project is codenamed Vesta, and could see robots in employee homes by the end of this year, with consumers possibly able to buy their own bots by 2019.

Recently, Amazon began to ramp up hiring at its Lab 126, where the robot is being developed. Lab 126 previously concocted Amazon Fire TV, the Amazon Fire tablets, Echo smart speakers and the Amazon Fire Phone (remember that?), according to Bloomberg.

It's not exactly known how the robot will function, but Bloomberg's sources speculate it could follow homeowners around to rooms where an Echo isn't already in place.

Already, prototypes feature advanced cameras and computer vision software, allowing the robot to move around a home like a self-driving car, presumably aware of the surroundings and avoiding obstacles.

Amazon currently uses robots in its product warehouses, though obviously Vesta bot would be specialized to operate in the home.

While Amazon would likely beat main rivals Google and Apple to the punch when it comes to domestic robots, other companies, like LG and Sony, have already developed robots that perform tasks or provide some level of companionship.

The big question, aside from whether Amazon's robot ambitions ever come to fruition, is how much the Alexa robot will cost. Chances are, it'll be pricey, though Amazon may be able to undercut the cost for its Prime members.

A domestic robot would give Amazon an explicit in into your home, and we speculate the robot would quickly learn your habits, such as when you turn off lights in a certain room, as well as what products you buy (we could easily see it sensing when you need to restock on laundry detergent and filling an order for you).

As the company looks for more ways into your home, a domestic robot makes a whole lot of sense.