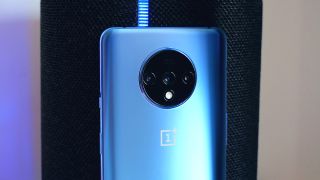 We're likely to see more 5G on OnePlus phones this year: a new report suggests that the OnePlus 8 will launch on Verizon in the US, with 5G connectivity on board.

Android Police has the scoop, based on a source "familiar" with the OnePlus roadmap. The 5G capabilities would allow the phone to support Verizon's super-fast mmWave network.

Not only will this only be the second OnePlus phone packing 5G, it'll be the first time that a OnePlus phone has appeared on Verizon, increasing the profile of OnePlus in the US. It appears that this would be the standard OnePlus 8, not the Pro version.

It would make sense for OnePlus to add extra 5G support in 2020, following the OnePlus 7 Pro 5G, and Apple tipped to make the switch later this year.

We're expecting a busy year from OnePlus: the company is holding an event on Monday, showing off new display technology that could include a screen with a 120Hz refresh rate.

That screen may well make its way into the OnePlus 8 phones, which should appear sometime around April, if previous years are anything to go by. The handsets are tipped to have spacious screens and top-level specs.

Alongside the standard OnePlus 8 and the OnePlus 8 Pro, it looks as though there's going to be a cheaper OnePlus 8 Lite as well, though at the moment it's not fully clear exactly what the differences will be.

OnePlus was at CES 2020 as well, where it demonstrated a disappearing camera module that may or may not make its way into a OnePlus phone in the future.