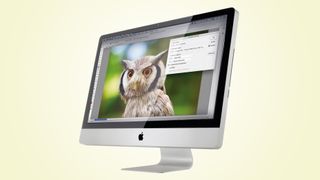 Hot off of Apple reminding the world that yes, it still makes iMacs and yes, there will be a new one this year, it appears the refreshed all-in-one computer will be getting more than just a metaphorical new coat of paint.

Additionally, support for Thunderbolt 3 and USB-C connection were also teased, along with a 2TB SSD.

Intriguingly, the source mentions too that the new iMac's AMD graphics can "support VR and Pro apps," which could be huge if taken as a sign that Apple is stepping into virtual reality.

(The blog's source also teased an 8K display intended to pair with the overhauled Mac Pro, as well as a not-so-miniature Mac mini model to come.)

The report also mentions a new keyboard coming to the new iMac, which fuels previous reports that Apple may be able to take the Touch Bar from last year's MacBook Pro and augment future keyboards with it.

Now, even the leaked source adds a disclaimer that light skepticism should be used when it comes to speculating on Apple rumors, and we happen to agree – especially given that the report refers to its tipster as "little bird" who's "usually pretty accurate."

Still, we do know Apple is planning a significant change to its iMac lineup very soon, and with competitors stepping into once-undisputed Apple turf with all-in-ones like the Microsoft Surface Studio, it's in the iPhone maker's best interest to come out swinging.