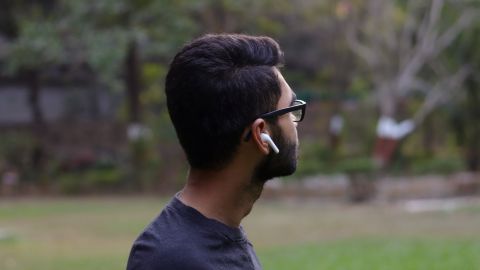 For its price, the Realme Buds Air face virtually no competition when you factor in the brand value, price and audio performance, and are thus a great entry point for anyone who's yet to jump on the true wireless earphone train. Just be aware of the sound quality.

Realme is slowly expanding into non-smartphone product categories, with audio accessories being its first major segment. The Realme Buds Air is the crown jewel of this new lineup, marking the company’s entry into the rapidly growing true wireless earphone space.

When it comes to audio products or tech in general, your product can either be cheap, have great performance or be from a reputable brand. When we think about it, the Realme Buds Air is a unique outlier to this spider-web diagram, where you get one of the most affordable pair of truly wireless earbuds from a major brand which doesn’t sound that well.

Not just that, in classic Realme fashion, it also sports a few other tricks which we don’t usually see in this price segment, such as wireless charging or a really petite form factor.

The Realme Buds Air made its global debut in India in December, at a price of Rs 3,999. It is available in colors such as white, yellow and black and can be purchased from Flipkart and Realme’s website.

There’s no denying that the Realme Buds Air look similar to the Apple AirPods. But that is probably not a bad thing for the demographic that this is intended for, acting as an aspirational product for a margin of a price.

But that’s where our first pet-peeve starts — the Buds Air may look identical to Apple’s, but anyone who’s seen one up close will know that the “stem” is discernably thicker on the Realme. In fact, none of the other AirPods rip-offs has been able to come close in this aspect, making these look like just another one in the crowd. That is more of a personal issue, and for a lot of users, these may be close enough to pass off as AirPods.

Speaking of which, the Realme Buds Air comes with a small charging case with a USB Type-C port on the bottom, a function key, and a breathing status LED on the front and the lid on top. The case, too, is pretty identical to the AirPods but doesn’t even come close in terms of the quality. It feels rather flimsy, and the lid shuts close at the slightest of tugs. Opening it also requires a good push owing to a lack of a crevice to stick your finger in. These aren’t significant issues as you won’t be opening and closing it all the time.

Coming to the earbuds, the Realme Buds Air has a simple design with an exposed tip on the top attached to a long stem. If the AirPods were comfortable for you, these should be too. For us, the bare plastic always dug against the insides of our ears when these were inserted deep enough for a reliable fit. Some silicone tips would’ve helped a lot in this case.

Once you start using the Realme Buds Air extensively, you'll notice a few places where corners have been cut. Firstly, because of the fit issues, these offer close to zero noise cancellation. Even with music playing pretty loudly, you'll be able to hear everything around you with ease. Not useful at all if you planned on using this at work to drown out other people's voices. Using it on a flight was not an enjoyable experience

Secondly, while gaming, the connection would often drop, and we had to reconnect these every 20 minutes or so. It seems like a weird bug because the quick settings still showed them as connected.

Bluetooth earphones inherently have a slight latency in transmission. It is ok for media consumption or calls, but it's a big red flag for gaming. To tackle this, the Realme Buds Air has a "gaming mode," which is supposed to reduce that lag. It can be toggled on by holding the buds for a few seconds, and you'll be notified with the sound of a sports car throttling. It works surprisingly well and makes action games a lot easier to play. Realme claims a theoretical latency of just 120ms, which is lower than the AirPods too!

There are a few other gestures that can be used to skip tracks or attend to calls. It works well, but the touch-sensitive area is pretty small, and each time you try to tap, you'll end up pushing these against your skin.

Call quality, on the other hand, was excellent. People on the other side could hear us loud and clear, with only a little background noise when in noisy environments. The mic pickup was great, too, presumably owing to the closer proximity of the mic to the mouth.

We also had another small issue with our unit, but it seems like an isolated problem that doesn't seem to be reported often — the output from the left bud was much lower than the right one. We tested this across multiple songs and various rounds of PUBG, and the issue persisted.

Other truly wireless earphones essentials such as quick pairing are also present here. Just open the case, and your phone will connect to the buds over Bluetooth. There's also automatic play/pause when you remove one of the buds. The latency in the responsiveness mars the experience here.

We also loved how the Realme Buds Air was device agnostic, and performance stayed consistent across various devices, irrespective of the manufacturer.

On the inside, we get 12mm dynamic bass boost drivers who are tuned to give preference to the bass. It definitely is punchy but doesn't interfere in the other ranges all that much. As for the sound stage, it isn't too wide or separated either. You won't feel three-dimensional separation. The audio output overall isn't too bad and will require little tuning if you like heavy background music. At higher volume levels, the vocals do start getting distorted, so be aware of that.

Overall, the sound quality is just above average, and are not an audiophile by any chance.

Realme claims that the Buds Air is supposed to last for over 3 hours at a stretch, with the case offering an additional 14 hours of juice. Figures in our testing were almost similar.

The case can be charged via USB Type-C, and takes less than 2 hours to go from empty to full. There's Qi wireless charging too if you prefer that convenience over speed. Realme currently doesn't sell a wireless charging pad, so that could be an additional expense.

The Realme Buds Air is targeted at people who want a truly wireless audio system and don't mind a form factor that is reminiscent of the world's most popular earphones.

The sound quality, and more importantly, the noise isolation leaves some to be desired, but for Rs 3,999, you'll be hard-pressed to find alternatives that are so feature-rich or petite.