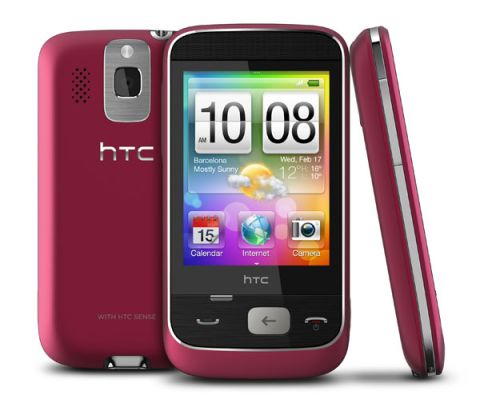 One advantage that the Smart does have over its more fully-featured siblings is battery life. Whereas as super-smartphones like the HTC Desire struggle to last a day and a half on a full charge, the Smart was still alive and kicking after three days without charging.

For anyone who likes to travel light when they go away for the weekend, not needing to carry a phone charger will be a major bonus. Of course having no Wi-Fi, and no calendar, contact and email data being pushed to the Smart no doubt helps the battery life cause.

There's not too much to talk about when it comes to apps and programs, and there's no way to add to what is included either.

The most important bundled app for the social media junkie will be HTC's Friend Stream, which collates your Facebook and Twitter contacts in one place, making it easier to keep track of what your 'friends' are up to.

Other than that, there's an alarm clock, which is handy, but the absence of both stopwatch and timer functionality is a big disappointment. There's a Flashlight app that switches on the LED camera flash to illuminate your situation – this is a good use of the rear mounted LED because it's pretty useless as a camera flash!

There's no map app, which again is a shame. Okay, so there's no GPS receiver inside the Smart, but then the first generation iPhone didn't have GPS either and Google Maps was one of the most useful apps on it.

Hopefully Qualcomm will implement mapping software into Brew sometime soon, because once you're used to having interactive maps in your pocket all the time, you really don't want to be without them.