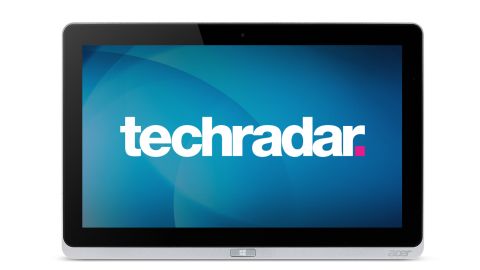 The Acer Iconia W700 features the full version of Windows 8, with all the same components you'd expect from an Ultrabook laptop. Inside there's an Intel Core i3-2365M processor, clocked at a pedestrian 1.4GHz, meaning there's enough power for standard programs and apps, but not much more.

Unlike other dual-use hybrids such as the Lenovo IdeaPad Yoga 11, Microsoft Surface RT and the Asus VivoTab, you get the full version of Windows, rather than the cut-down Windows RT.

Aside from the processor, you'll also find 4GB of RAM and all the 3D graphics are handled by the Intel HD 3000 core built into the Intel Core i3 chip. It won't handle advanced games, but you could play any casual title easily, although we are concerned about the impact of heat under long periods of stress.

There's also a 64GB SSD included on the version we tested, which is in danger of being filled, so investing in some external storage too would be wise - or buying the 128GB version.

Of course, a tablet or laptop is nothing without its screen, and we've seen some fantastic 1080p panels on the likes of the Sony Vaio Duo 11 and the Dell XPS 12, which produce stunningly vibrant and sharp pictures.

We were delighted to see a gorgeous 1920 x 1080 LED panel included on the Acer Iconia W700. It makes a huge difference when working, with its pin-sharp text. It's great for browsing the web, with more of the web page displayed on screen, and for using apps and playing games, with jaw-dropping visuals. The Windows 8 interface looks brilliant, and certainly catches people's attention.

The downside of the pin-sharp screen is that Windows 8 is almost unusable in classic mode. The menus are so small thanks to the monstrous resolution that's packed into the 11.6-inch panel, we were squinting to make out navigation options. However, the Acer Iconia W700 rarely registered a wrong press, showing that the panel's sensitivity - coupled with improvements to Windows 8 - is top notch.

As we mentioned, the Acer Iconia W700 is at its best when connected to peripherals, such as HD monitors, but the connectivity options are a mixed bag. Without the comfort of its dock, there's just one USB port, a HDMI port and Bluetooth, which we'd recommend for peripherals.

When attached to the dock this is upped to 3 x USB 3.0 ports, and there's also a dongle in the box that converts micro HDMI to VGA. With its dock, the Acer Iconia W700 is one of the best connected tablets out there, but we worry that when on the road, the single USB port might be limiting.

While the dock is too cumbersome to be carried around comfortably, Acer supplies a fetching leather-look case to protect the Iconia W700 on the move. We were mightily impressed, not only by the stylish look of the brown leather case, but the way it grasped hold of the W700, protecting it from all bumps and scrapes.

What's more, it (precariously) stands up the W700 like an Apple SmartCase, for movie watching and working away from the dock.