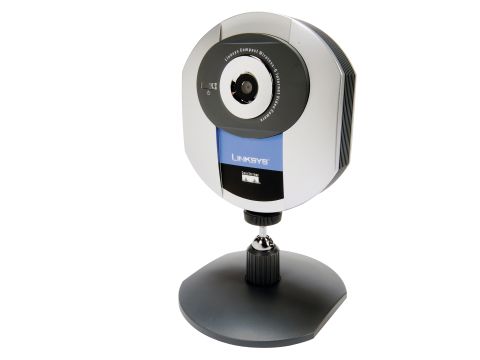 The hardware is reasonable, but the Linksys would be far more impressive with more versatile software

It's easy to be paranoid in this era of data theft, identity theft and, well, bog-standard theft. Linksys hopes to ease your cold sweat with an internet camera that can be accessed and viewed from anywhere in the world.

No longer will that pork pie signed by Gazza go unguarded while you're holidaying on the continent - you can simply nip on the web and, via either the software or browser compatible plugin, check that your precious possessions haven't been pilfered. It'll even let you take snapshots, which are saved locally, for evidence.

There was one slight problem we had, and it was that the motion detecting portion of the software didn't actually record anything, despite our best efforts. It had no problems with making scheduled recordings, so we can only assume it wasn't detecting any motion in our busy office - very strange.

It's also rather expensive considering it only boasts a 320 x 240 CMOS and no night vision mode, which would be endlessly useful for a security camera.

The basic hardware is reasonable, but this piece of kit would be made infinitely more impressive with more focussed and versatile software. The option to keep an eye on things from afar without trailing wires may appeal to some, though.