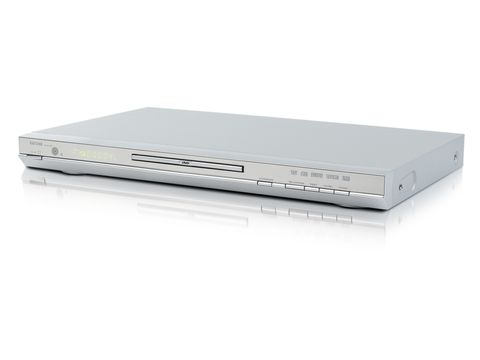 A whole lot of DVD goodness for a teeny price

I remember t'day when to pay for an average DVD player, you had to work down t'pit for a month with nowt but bread an' dripping to eat.

And when you finally scraped together t'cash, it were a twenty-mile trek across t'moors to find an open Dixons. Eeh, t'dark days of 1997.

Now, of course, you can literally buy a deck for less than the price of a new DVD release. All the major chain stores, such as Woolworths and Asda, have stacks of Chinese import machines that'll spin discs as capably as the first players 11 years ago - but few offer HDMI upscaling up to 1080i, unlike this effort from Tesco. And the best bit? You can nab one for £20.

HDCP-detection can be switched off, allowing you to upscale DVD images through component.

The player offers a remarkable amount of menu options to fiddle about with, especially for the price.

Remove the lid and you'll see a budget chipset from the same manufacturer that's found in the top Marantz DV6001 deck.

Fails jaggie tests on the Silicon Optix HQV Benchmark disc, but does extremely well on horizontal and vertical text crawls.

Pictures through Scart don't hold up to much scrutiny - there's a lot of noise and very little detail. And while 5.1 audio rendering is reasonable, analogue audio performance is shocking.