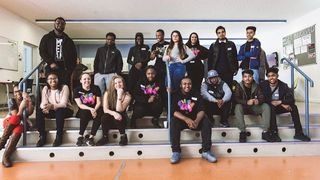 YouTube has launched a new initiative called Internet Citizens to help young people in the UK navigate the perilous world of online interaction. The initiative takes the form of day long workshops for 13-18 year olds, and is being rolled out in the city of Liverpool after spending the last few weeks testing out the workshop.

It’s an interesting move, considering more young people than ever are interacting with each other online. For most social media accounts, users need to be 13 years old before they can set up an account and YouTube is no exception; the age limit is 18, but you can join up at 13 with parental permission.

Anyone who has been brave enough (or foolish enough) to venture into the comment section of a YouTube video will be familiar with the ‘teenage troll’ trope. And while it’s perhaps a bit of a cliche, it’s not an unfounded one.

In the real world, we learn about social interaction from our peers and role models. This becomes slightly more difficult online, with much interaction done from a position of isolation, no matter how socially minded the output is.

Add to this the barrage of negative (and occasionally 'fake') news, the freedom of anonymity that the internet promises, and the need to be acknowledged that is so tied up with the teenage experience and you create a powder keg of poor online social interaction.

To try and counter the negative experience that spending time online can be, YouTube formed the global initiative Creators for Change, and Internet Citizens is the newest arm of this.

The syllabus of the course, created by London anti-extremism think tank The Institute for Strategic Dialogue, will cover subjects including “how to deal with hate speech, fake news, echo chambers and using video to bring diverse groups together”. So, its purview covers the experience for young people being online, and how upsetting and confusing that can be, as well as how to best react to other people and events.

Presented by the CD of youth creative consultancy firm Industry in the Streets Alain ‘Fusion’ Clapham, youth mentor Efe Ezekiel and YouTuber Nadir Nahdi, the course has apparently garnered “some positive results” in the trial phase of its development.

A noble idea indeed, and if this course can help to shape the internet for the better, we welcome it.