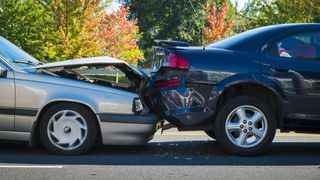 Google is updating its Emergency Information app for Pixel phones with a feature that will detect if you're involved in a car accident, and will automatically dial 911 and tell the emergency services your location.

As reported by XDA Developers, Google has updated the app's description on the Google Play Store, and has changed its name to 'Personal Safety' to better reflect what it now does.

The app will use the phone's accelerometer and microphones to detect suspected car crashes, and will play a loud alert with vibration if it seems like you've had an accident. If you don't mute the alarm quickly, it will contact the emergency services on your behalf, reporting your location. You can also call 911 directly by tapping a large, red button on the screen.

According to XDA Developers, the new Car Crash feature doesn't seem to have actually appeared on Pixel handsets yet, even after downloading the latest app update. It's therefore possible that this new safety feature will only be available for the Google Pixel 4, which is expected to launch in two weeks' time.

It's also worth noting that, according to Google, car crash detection is only available in the US for the time being. Hopefully this will change with future updates, though we expect a global roll out would take some time, as Google may need to liaise with emergency services in each country to make the location reporting work.