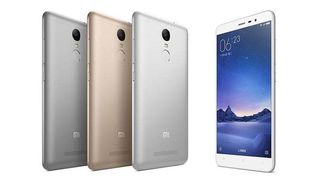 The Xiaomi Redmi Note 3 is expected to be revealed tomorrow (Thursday, 3rd of March), possibly as an Amazon India exclusive. As we're this close towards the launch of the device, it's only  fair to get a better understanding of its hardware and features so that  we're not in for any surprises. So what can you expect from the Redmi  Note 3 as far as the hardware is concerned? Read on for more.

The Redmi Note 3 has been around for a couple of months now, so we have a very good idea of what to expect from the smartphone. It comes with an all-metal design, accompanied by a 5.5-inch Full HD (1920x1080) display. Further, the handset comes with a six-core Snapdragon 650 processor, 2 or 3GB of RAM and 16 or 32GB of internal storage which can be expanded using a microSD card slot.

There's also going to be a 16MP camera on the back as well as a 5MP front facing sensor for selfies. Android 5.1 Lollipop with MIUI 7 is handling the software side of things while there's a 4,000mAh battery onboard to make sure you don't run out of juice early on in the day. The 32GB variant of the handset comes with a slightly larger 4,050mAh battery. The handset will be 4G enabled, with dual-SIM support on board as well. Overall, the Redmi Note 3 is well covered in the specs department.

The Redmi Note 3 is Xiaomi's first ever handset to pack a fingerprint scanner, which is placed right below the camera sensor and the dual LED flash. The handset will not feature the USB Type-C port though, which is a strange omission from the company, but not something that would bother customers. Barring the fingerprint scanner and the premium metal design, there really isn't a lot to talk about with regards to onboard features on the Redmi Note 3.

The Redmi Note 3 costs 899 CNY (Rs 9,300) for the variant with 2GB of RAM and 16GB of internal storage. The model with 32GB of storage and 3GB of RAM is priced at 1099 CNY (Rs 11,400). It is possible that the company will only release one of these two variants in India, so we're looking at a price tag of well under Rs 12,000. A report from earlier today substantiated this as it was mentioned that the Redmi Note 3 would be priced well below Rs 15,000.

Availability could be limited to Amazon India as reports have mentioned, which might not be a big surprise since  Xiaomi's Redmi Note Prime is also an exclusive from the retailer.

If you wanted to watch the event live, then you can do so by clicking here . The event will begin at 2PM IST on March 3, 2016.