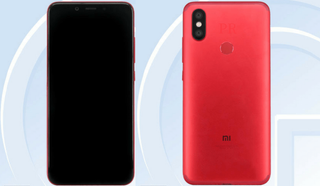 A new Xiaomi device with the model number M1804D2SC, supposedly the Mi A2 (Mi 6X in China) was spotted on TENAA few days ago. Once again, a more detailed specs of the phone have surfaced online on bestunderr.

The leaked specs confirm some of the specs we reported, including a 5.99-inch Full HD+ display with 18:9 aspect ratio.

The successor to the Mi A1 is said to be dubbed as the Mi A2 (Mi 6X) and is expected to make its entry into the Chinese market soon.

Since the Mi A1 was the first phone to come with Android One, we expect the same with the next iteration as well. Android One phones come with a bloatware-free Android UI, which many users in India have appreciated.

The new leak reveals that the smartphone will have a f/2.0 20 MP and f/1.8 8 MP dual camera lens, accompanied by an LED flash. On the front, the phone will sport a 20 MP selfie snapper.

The rest of the specifications remain the same as spotted by Phoneradar. The smartphone will have a metal unibody design with curved antennae bands on the top and bottom edges, as seen on the Mi A1.

Unlike the A1, the Mi A2 is said to have a vertically stacked camera unit like the Redmi Note 5 Pro. On the front, it has a 5.99-inch FHD+ display with 18:9 aspect ratio.

The report further suggests that the Mi A2 will pack a smaller 2910mAh battery, and will have dual SIM support with other basic connectivity options.

While the newly launched Redmi Note 5 phones have a microUSB port, the A2 will continue with an USB Type-C port. Moreover, it is said to come in a thin body at just 7.3mm. The Mi A1 was also 7.3mm thin, which means we might see a similar form factor this time as well, but the screen to body ratio might witness a change.

Xiaomi has not given any hint that points toward a launch anytime soon, but we expect it to debut in the Chinese market early Q2 2018.

The Mi A1 is the first Xiaomi smartphone from the company that has stock Android in place of MIUI. Also, it is the only phone to boast of a secondary telephoto lens at this price. Many Indian reviewers titled it as the best affordable smartphone camera too. Keeping that in mind, we expect the Mi A2 turns out to be a worthy upgrade to its predecessor.