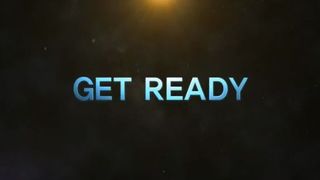 Samsung's got a brand new bag

As the opening day of CES 2013 draws near, companies are readying some products and innovations for the world to see for the very first time.

One manufacturer may have more than just a new product line to show off, as reports of Samsung's planned bold brand reinvention just got a bit more interesting.

On Monday, Samsung released a teaser video announcing "something new" is coming Jan. 8 - Jan. 11, and that the world had better "get ready."

While the teaser was short on actual content, it was heavy in industry buzz words. One thing is undeniable - Samsung is planning something potentially huge.

A report from early November revealed Samsung was possibly planning to rebrand itself to be more visible globally.

The new concept was purportedly being headed up by Scott Bedbury, a brand consultant who previously worked with Starbucks and Nike, and would put Samsung in the same category as Apple and the athletic apparel and accessories company.

That same report indicated Samsung's unveiling of the new look would occur at CES 2013, and it just so happens that this latest video teases a major announcement for that very same event.

Could the "something new" the video referred to be a whole new look and design for Samsung? It's definitely possible.

There are also rumors Samsung could be readying the Galaxy S4 for its debut, and the follow-up to the company's popular Galaxy S3 is certainly something to get amped for.

Production of Samsung's flexible AMOLED screens was also reportedly heating up in November, though the company has already shown the technology off previously. Perhaps Vegas will hold the first product to feature those bendy displays?

CES 2013 is a mere month away, so we won't have to wait much longer to see what Samsung has in store, and whether or not it lived up to the hype.