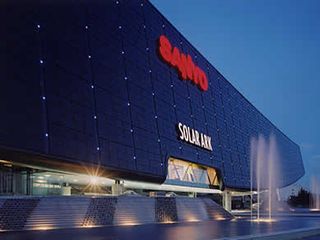 Panasonic Europe chairman and CEO Laurent Abadie believes that every home will produce enough power for its own needs by 2020, and hopes that the company's merger with Sanyo will make it a real force in this new green era.

Sanyo was snapped up by Panasonic in December 2009, and has indicated before that it views the purchase as the beginning of a new eco-friendly time.

Abadie, speaking exclusively to TechRadar, talked about the plans being put in place to really step up change at the company, and his belief that every home will start to produce and store energy within the next decade.

"We have a long term plan," he said. "Internally we call it GT 12 –Green Transformation 12. As part of this plan we will focus all our research and development on eco issues."

The plan amounts to nothing less than a new business model for the Japanese giant.

"We are looking at every aspect of energy production and energy storage, we intend to become dominant in energy management," asserts Abadie.

"That's why last year we took over Sanyo. Sanyo has been a leader in this technology, while we are strong in fuel cell production.

"Those items are key for the future. We are also both strong in batteries and energy storage."

Key on the brand's new agenda is the power consumption of consumer electronics. "Every year, we will be lowering power consumption by 30 per cent," says Abadie. "But there is still a lot of room to do much better.'

Although CE and white (kitchen) goods represent the face of the company for millions of consumers around the world, that face will change complexion dramatically in the years to come.

Abadie paints a futuristic picture that for many will sounds like idealised fiction, but for Panasonic represents an obtainable goal.

"In five to ten years we believe houses will become autonomous in terms of technology, consumers will produce their own energy with solar panels or via fuel cells. People will begin to store the energy they don't need in big batteries."

The cell is the same size as a standard laptop lithium-ion battery and offers five hours of battery life on a 50cc dose of liquid methanol.

"Homes will also have an intelligent control system able to manage everything in a very autonomous way and will run your needs according to the lowest possible consumption. This is our vision for the next decade."

Abadie reveals that Panasonic has already opened discussions with the UK's utility companies about its new eco tech.

"We have already done a lot of development work in the UK. Only last month representatives for the UK energy companies visited with us in Japan. We are briefing them about specific developments."

From a UK perspective, little appears to have changed either with Panasonic or Sanyo since the latter became a subsidiary of the former. But there are big developments behind the scenes.

"We took over the majority of Sanyo shares last year," explains the Panasonic chief. "During the first six months of 2010 we have been collaborating, and we have a lot of things ongoing.

"In the coming months you will see a big move. We are very complementary businesses, and the focus is energy solutions."