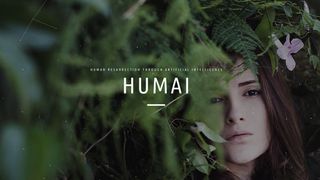 In a development right out of a Neill Blomkamp sci-fi movie, Australian startup company Humai claims to be working on technology which will allow a person’s consciousness to be transferred to an artificial body after they’ve passed away.

“We're using artificial intelligence and nanotechnology to store data of conversational styles, behavioral patterns, thought processes and information about how your body functions from the inside-out,” says Humai CEO Josh Bocanegra on the company’s website, explaining that the collated data would then be “coded into multiple sensor technologies, which will be built into an artificial body with the brain of a deceased human.”

Speaking to Australian Popular Science, Bocanegra expanded on how the company would go about achieving the goal of making death irrelevant within the next 30 years.

“We'll first collect extensive data on our members for years prior to their death via various apps we're developing,” explained Bocanegra, also stating that once a subject has passed on, Humai would “freeze the brain using cryonics technology,” and then “when the technology is fully developed we'll implant the brain into an artificial body.”

But how would Humai face the challenge of preventing brain deterioration? According to Bocanegra, Humai will “use nanotechnology to repair and improve cells,” with the CEO also confident that “cloning technology is going to help with this too.”

So far, Humai has just 5 staff members, including two researchers, an A.I. expert and an ambassador, and is funded entirely by Bocanegra himself.

Is this all a matter of ‘pie in the sky’ wishful thinking, or could Bocanegra succeed in his goal of “making death optional”? The Humai CEO believes that whatever happens, “every step we take toward understanding how to get your thoughts to control an artificial body will be huge progress,” however, Bocanegra is “confident that in the process we'll develop a technology that will even save lives.”