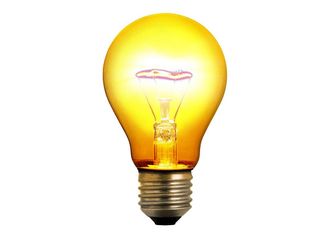 Using low-energy light bulbs could make you ill, according to a new UK study.

Eco-friendly, low-energy light bulbs work in the same way as old-school fluorescent bulbs. Their flickering could aggravate migraines, make you nauseous or dizzy, or cause physical pain, research by the Migraine Action Association has found.

Low-energy, compact fluorescent light bulbs (CFLs) are becoming mandatory in some European countries in a bid to reduce national energy consumption. They use as little as one fourth the power of their traditional counterparts, and last much longer.

Supporters of compact fluorescent light bulbs said the new models don't suffer from flickering in the way that older versions did.

In the UK, traditional incandescent light bulbs are set to be completely phased out by 2012 in favour of compact fluorescent ones.

The Government has acknowledged that low energy bulbs could pose a problem. Health Minister Ivan Lewis told the Daily Mail, "It is known that some people with epilepsy may be affected by energy saving light bulbs".

"We hope that the Government will allow regular light bulbs still to be available to those who need them," Jansen said.

A Greenpeace spokeswoman told us: "We don't have any evidence to confirm or deny these assertions. We are campaigning on the widespread use of this technology because of the part it has to play in tackling climate change.

"Greenpeace is not suggesting that people with these conditions should be forced to put their health at risk by using compact fluorescent light bulbs - they should clearly receive a special medical exemption.

"The small drawbacks of these bulbs should not be allowed to obscure their immense benefit to the environment and to our energy bills," the Greenpeace spokeswoman said.