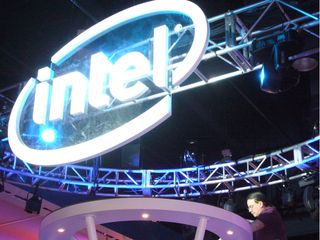 Will.i.am is down with the "compute continuum"

For the finale of last month's Paper Clips and Metal Fastenings 2011 show, they wheeled out the pint-sized popstress Pixie Lott.

"All the paper clips, they've got it going on," she sang to a crowd of chubby middle-aged men, tears visible in the corners of her eyes.

"And when you clip that paper the feeling in your bones," she added, dancing awkwardly, looking for all the world like someone praying for an early death.

No, not really. But it's not that far from the truth. Like a rubbish Rutger Hauer, I've seen things you wouldn't believe.

I've seen the Pussycat Dolls gyrate on poles to raise awareness of the improved standards support in the latest release of a web browser.

And I've seen Will.i.am lend his considerable talents to Intel. At last, the world of cutting edge processor manufacturing will benefit from the expertise of the man who co-wrote the immortal My Humps, which was, of course, about "lovely lady lumps".

Celebrity endorsement is nothing new, of course. U2 did an iPod. Gwen Stefani teamed up with HP six years ago to market printers - something Polaroid resurrected last year with Lady Gaga.

I understand it. I really do.

It's just all a bit crap.

Gettting Will.i.am to babble about tech is no different from getting Katie Price to open a supermarket or Kimberley Walsh to endorse a lipstick: something that isn't particularly newsworthy or even interesting suddenly becomes exciting due to the presence of celebrity.

In some cases, the celebrity even brings something to the table, so for example Dr Dre's made HP happy by bringing his Beats Audio to the firm's line of laptops.

In many cases, however, it's just an excuse for the firm to trot out some desperate PR bullshit that makes you feel a little bit embarrassed for everybody involved.

Here's Polaroid's blah about Lady Gaga: "This collaboration between two cultural icons reflects Polaroid's long standing tradition of innovation tracing back to founder Dr. Edwin Land and Lady Gaga's mission to deliver products that enable creativity for all, celebrate artistry and make sharing instantaneous across the physical and digital."

Translation: Gaga's signed a camera, a printer and a pair of magic glasses.

And here's Intel's blah about its Black Eyed Pea: "He's not only a brilliant artist and producer, but also an innovator pushing the bounds of technology professionally and personally… Will.i.am will collaborate with Intel on many creative and technology endeavors across the "compute continuum" that may include such devices as laptops, smart phones and tablets… Will.i.am is also already working on music expressly for Intel."

In other words, Will.i.am will do a few ads and bash out the odd bit of music. That's great. Do we really need all the PR nonsense, too?